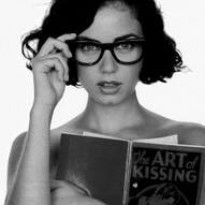 This story is the second installment in "The FBI Psychics" series. In the first book we are introduced to a 'special' team of Agents who are 'gifted' with finding 'the lost' and helping the dead find rest.

It is in the first book that we are introduced the Special Agent Taylor Jones who is the hard-ass, cool as a cucumber Agent who leads this special team. He also has the gift of identifying those who have the 'psychic' gifts He requires for this elite team.

What everyone does not know about Taylor Jones, is that His cold attitude and flat eyes are just the armor He wears to protect himself from his own demons of losing his 6 year old sister when he was just 14.
Taylor is such a tortured man because he blames himself for not protecting his little sister. It is this lose that drives him to search out and find missing children, and try and save them before it's too late.

However, Taylor has been fighting his attraction to Desiree "Dez" Lincoln since he first recruited her. Dez's gift is the ability to talk to the dead. They literally seek her out and 'haunt' her until they are able to depart and finally rest.

When Dez is seriously wounded in case that goes wrong, Taylor finally gives into his feelings for one night, and Dez who has been secretly in love with Taylor since the beginning bares her heart and soul to him... and then after that one night...He just shuts down and puts his armor all the way up again, and pushes Dez and everyone else away.

Dez can't take the rejection and can't stand to be near Taylor, so she walks.

... the story then picks up over a year later after Dez has been working solo following the dead who call to her and want rest.

Dez no longer has the peace, and control She once had when working with the FBI, so when a Ghost is literally 'screaming' at her to come..there's nothing she can do but go because if not, the Ghost will continue to haunt her.

Dez ends up in French Lick, Indiana where the boy was murdered and discovers that another girl is also about to be murdered by the same people. She stops at nothing to try and save the girl, and unbeknownst to Dez, Taylor is also in the same town, but for a totally different reason.
Taylor's there because it's the same town he's from, and He's there because it's the anniversary of his little sisters disappearance.

This is were the story gets really good!

The characters, story, and writing is AMAZING!!

This is such a story of forgiveness and redemption.

I REALLY, REALLY hope Ms. Walker continues with this series, because it's BRILLIANT!